Interested in learning about cannabinoids and their effects? Here’s an easy-to-understand overview. Effects and List of Cannabis Hemp Cannabinoids

If you’re looking to understand more of how cannabis elicits its effects, you should begin by first getting to know cannabinoids.

Cannabinoids are a class of active chemical compounds produced by the cannabis plant, including marijuana and hemp.

These cannabis-derived compounds act on cannabinoid receptors located in your cells as part of the endocannabinoid system, a regulatory network tasked with keeping your functions in balance.

By interacting with cannabinoid receptors, cannabinoids are able to alter the release of neurotransmitters in the brain.

TOP 10 CANNABINOIDS AND THEIR EFFECTS

Here’s a look at 10 of the most common cannabinoids and a little bit about each of their effects.

Among the most abundant cannabinoids found in cannabis is cannabidiol (CBD), anon-psychoactive compound highly sought after in recent years because of the exciting therapeutic promise it has demonstrated in research studies.

CBD is widely available in the United States and in over 40 countries as a hemp-derived nutritional supplement. Hemp is naturally more abundant in CBD, making it an ideal source for the natural, non-psychoactive cannabinoid.

As the cannabinoid most often associated with medical marijuana, delta-9-tetrahydrocannabinol (Δ9-THC, or often times simply THC) is responsible for the euphoric “high” (feelings of euphoria, relaxation, increased appetite and time distortion) following marijuana consumption. THC is one of the most prevalent cannabinoids found in cannabis, and can occur at concentrations up to 30 percent, depending on the strain of cannabis.

THC has also demonstrated anti-inflammatory properties, indicating it could be beneficial for conditions like arthritis. THC may also delay the onset of Amyotrophic lateral sclerosis (ALS) and Alzheimer’s disease.

Despite being considered the third most common cannabinoid found in cannabis and having demonstrated therapeutic promise, cannabichromene (CBC) is a non-psychoactive compound that is often overlooked.

In studies, CBC has shown to be effective at managing inflammation on its own and while combined with THC. The cannabinoid has been found to encourage the growth of new brain cells, and to work as an antidepressant.

CBC has also shown some promise as an anti-tumor agent, especially when coupled with other cannabinoids.

You can learn even more about the effects and benefits of CBC here.

Studies have also found that CBN lowers ocular pressure, indicating it could be beneficial for glaucoma.

Serving as a building block from which other cannabinoids are produced, cannabigerol (CBG) is a non-psychoactive compound that is not very prevalent in most cannabis strains – often occurring in concentrations of less than 1 percent.

While researchers have yet to fully understand CBG, studies to indicate that the non-psychoactive cannabinoid may be beneficial for treating glaucoma, stimulating appetite, encouraging bone growth, reducing inflammation, inhibiting the growth of tumors, and resisting bacteria.

Scientists are still unsure as to whether tetrahydrocannabivarin (THCV) is psychoactive, despite its similarities to THC. Early tests found THCV to have about 25 percent the potency of THC, while more recent findings suggest that in low doses of THCV reduces the psycho-activity of THC.

While more studies are needed, THCV has shown that it significantly reduces seizure frequency,promotes weight loss, and has antioxidant and painkilling properties.

Cannabidivarin (CBDV), a non-psychoactive cannabinoid, is CBD in its slightly degraded form. CBDV is generally found in higher concentrations in marijuana strains that are higher in CBD and lower in THC.

Research indicates that there are a couple of benefits that CBDV can provide, including that it shows promise for managing seizures and fighting nausea.

Studies show that Δ8-THC boosts acetylcholine levels in the brain, which could play a positive role in memory and learning and potentially inhibit Alzheimer’s disease.

The cannabinoid has also shown to be beneficial for inhibiting vomiting and stimulating appetite.

Only found in raw medical marijuana that has not been decarboxylated, or heated, cannabidiolic acid (CBDA) is a non-psychoactive compound found in the trichomes of cannabis plants. CBDA is the precursor to CBD and is most abundant in high-CBD strains.

Tetrahydrocannabinolic acid (THCA) is a precursor of THC, and like CBDA is only found in fresh, undried cannabis. As marijuana flower dries, the THCA slowly converts to THC.

There isn’t enough research on THCA to make definitive statements on its benefits, but early research suggests that it has anti-inflammatory, neuroprotective, anti-nausea, and anti-cancer properties.

Cannabinoids are separated into subclasses. These subclasses include:

Here is a full list of all the known cannabinoids that were identified and documented by Brenneisen:

This concludes our growing Effects and List of Cannabis Hemp Cannabinoids for now…stayed tuned for more info! 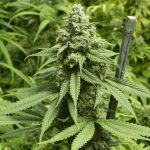