Now that the majority of inquiring individuals world wide have had a chance to first or second-handedly experience the highly medicinal effects of various cannabinoids, there is a feeling of “being violated”.

The people are asking themselves, “why was Hemp and Cannabis banned and made illegal in for so many years if it helps all walks of life to stay healthy?”, “why is a plant that has never caused death or addiction been made a schedule 1 drug?”, “if most living creatures are born with an endo-cannabinoid system and have receptors that require cannabinoids, why have we been incriminated for obtaining, using and distributing Hemp and Cannabis?” and so many more questions that we are so curious about….

Here we are towards the end of 2019 and have finally re-legalized the usage of United States grown Hemp in December of 2019 with the Farm Bill .

As long as the final dry weight of hemp contains less than .3% THC then it is considered legal.The question still remains, “What cannabinoids am I not a criminal for utilizing for my well-being and daily functionality?”….

You may enjoy all cannabinoids from any plant that is grown with .3% THC or less (by dry weight).  The only cannabinoids that are coming under scrutiny are THC for because it produces a high.  CBD from plants with .3% or less THC is completely federally legal.

HEMP CANNABINOID LEGALITY and  other legal cannabinoids that people are enjoying for everyday use:

CBD has tremendous medical potential. This is particularly true when the correct ratio of CBD to THC is applied to treat a particular condition. CBD acts as an antagonist at both the CB1 and CB2 receptors, yet it has a low binding affinity for both. This suggests that CBD’s mechanism of action is mediated by other receptors in the brain and body.

CBN is a mildly psychoactive cannabinoid that is produced from the degradation of THC. There is usually very little to no CBN in a fresh plant. CBN acts as a weak agonist at both the CB1 and CB2 receptors, with greater affinity for CB2 receptors than CB1. The degradation of THC into CBN is often described as creating a sedative effect, known as a “couch lock.”

A non-psychoactive cannabinoid, CBG’s antibacterial effects can alter the overall effects of cannabis. CBG is thought to kill or slow bacterial growth, reduce inflammation, (particularly in its acidic CBGA form,) inhibit cell growth in tumor/cancer cells, and promote bone growth. It acts as a low-affinity antagonist at the CB1 receptor. CBG pharmacological activity at the CB2 receptor is currently unknown.

CBC is most frequently found in tropical cannabis varieties. CBC is known to relieve pain, reduce inflammation, inhibit cell growth in tumor/cancer cells, and promote bone growth. The effects of CBC appear to be mediated through non-cannabinoid receptor interactions.

THCV is a minor cannabinoid found in only some strains of cannabis. The only structural difference between THCV and THC is the presence of a propyl (3 carbon) group, rather than a pentyl (5 carbon) group, on the molecule. Though this variation may seem subtle, it causes THCV to produce very different effects than THC. These effects include a reduction in panic attacks, suppression of appetite, and the promotion of bone growth. THCV acts as an antagonist at the CB1 receptor and a partial agonist at the CB2 receptor.

Like THCV, CBDV differs from CBD only by the substitution of a pentyl (5 carbon) for a propyl (3 carbon) sidechain. Although research on CBDV is still in its initial stages, recent studies have shown promise for its use in the management of epilepsy. This is due to its action at TRPV1 receptors and modulation of gene expression.

Besides the aforementioned Cannabinoids, there are so many more that scientists continue to discover.  Cannabinoids and their specific medicinal effects are a continuous study in progress. It is exciting to have such a pro-active response from all our interactive users.  We encourage anyone reading to dare to explore their current situations in regards to what you put into your body, what you spend money on, who you give permission and power to by spending your hard-earned money, the state and effectiveness of our current health care system and medication…..

Hopefully a bit of clarity was provided by reading this post. PotluckExpo will continue to do our best in providing top-quality Hemp extracts and all the legal cannabinoids to our people and wholesale distributors.

2019, affiliate, cannabinoids, care, distillate, distributor, extracts, farm bill, health, hemp, isolate, legal, online, program, wholesale
Lead Scientist
Recommended Posts
PotluckExpo.com - All Rights Reserved © 2015-2020 FOOD AND DRUG ADMINISTRATION (FDA) DISCLOSURE These statements have not been evaluated by the FDA and are not intended to diagnose, treat or cure any disease. Always check with your physician before using new products. Aside from 0.3% or less THC, Cannabinoids are naturally-occurring constituent’s of the industrial hemp plant and hemp oil. All of the cannabinoids in our products, including our CBD, CBG, CBC, CBN are natural constituents of industrial hemp and and are in compliance with the Farm Bill of 2019. PotluckExpo.com does not sell or distribute any products that are in violation of the United States Controlled Substances Act (US CSA). The company does sell and distribute industrial hemp-based products. Please note that some of the products listed for sale on this website may be shipped by third-party suppliers. PotluckExpo.com is not responsible for the unsuccessful delivery of any international shipment (customs seizure, lost shipment, etc.)
0 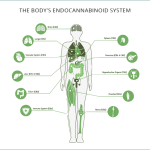 Questions to ask before buying Hemp oilCannabidiol and the Body, Cannabis Hemp Cannabinoids, CBD Legal, Health, Legal Hemp Cannabinoids
Get 25% off your first order!
Use checkout code 'welcome25'. Subscribe below for future discounts at Potluck Expo!
Subscribe
Unsubscribe anytime. We will never share your information with 3rd parties.