RICHMOND – The General Assembly set the stage Tuesday for Virginia to host a handful of growing, processing and dispensing facilities for medical marijuana oil.

These facilities could grow a limited number of plants and process them into cannabidiol oil or THC-A oil for the treatment epilepsy. Only patients with epilepsy, who would have to register with the state Board of Pharmacy, could purchase the oil, and they’d need a doctor’s permission.

It will take another General Assembly vote – next year – to make any of this a legal reality, courtesy of a re-enactment clause that delays this plan’s implementation. But the legislature showed strong support for the move this session, culminating Tuesday in a 39-0 Senate vote.

There were tears and hugs in the Senate gallery Tuesday as families who have fought for these changes celebrated the vote.

Mothers told legislators, this year and last, that the oil is often the only thing that will control seizures in their children.

“I think they’re opening up to medical marijuana as a whole,” said Beth Collins, a Fairfax mother who has helped lead the lobbying push in Richmond.

“The old stereotype is falling away,” added Lisa Smith, of White Stone.

Smith and Collins said they’re not disappointed with the year delay built into the latest bill, because the state’s Board of Pharmacy needs coming year to write more detailed regulations for what would be a new industry in the state. McAuliffe also has to sign Senate Bill 701 before it can take effect. He signed last year’s medical marijuana bill enthusiastically, holding a press conference that included families that lobbied for the change.

This is the second year in a row the General Assembly has taken up medical marijuana, voting last year to allow usage of the oils to treat epileptic seizures. Parents who pleaded for that change still have to cross state lines to get these oils, though, which remains illegal.

Facilities couldn’t employ felons. The Board of Pharmacy will have to write regulations on security requirements, labeling, the number of plants allowed and how to dispose of them. The bill also requires quarterly inspections.

Supplies would have to be picked up in person, with a maximum of 30 days supply per pickup. A certification from a neurologist or another doctor specializing in epilepsy would be required.

Lead Scientist
Recommended Posts
PotluckExpo.com - All Rights Reserved © 2015-2020 FOOD AND DRUG ADMINISTRATION (FDA) DISCLOSURE These statements have not been evaluated by the FDA and are not intended to diagnose, treat or cure any disease. Always check with your physician before using new products. Aside from 0.3% or less THC, Cannabinoids are naturally-occurring constituent’s of the industrial hemp plant and hemp oil. All of the cannabinoids in our products, including our CBD, CBG, CBC, CBN are natural constituents of industrial hemp and and are in compliance with the Farm Bill of 2019. PotluckExpo.com does not sell or distribute any products that are in violation of the United States Controlled Substances Act (US CSA). The company does sell and distribute industrial hemp-based products. Please note that some of the products listed for sale on this website may be shipped by third-party suppliers. PotluckExpo.com is not responsible for the unsuccessful delivery of any international shipment (customs seizure, lost shipment, etc.)
Contact Us
0 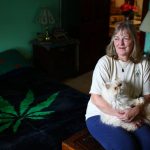 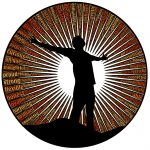 The many benefits of CBD (Cannabidiol)CBD Legal